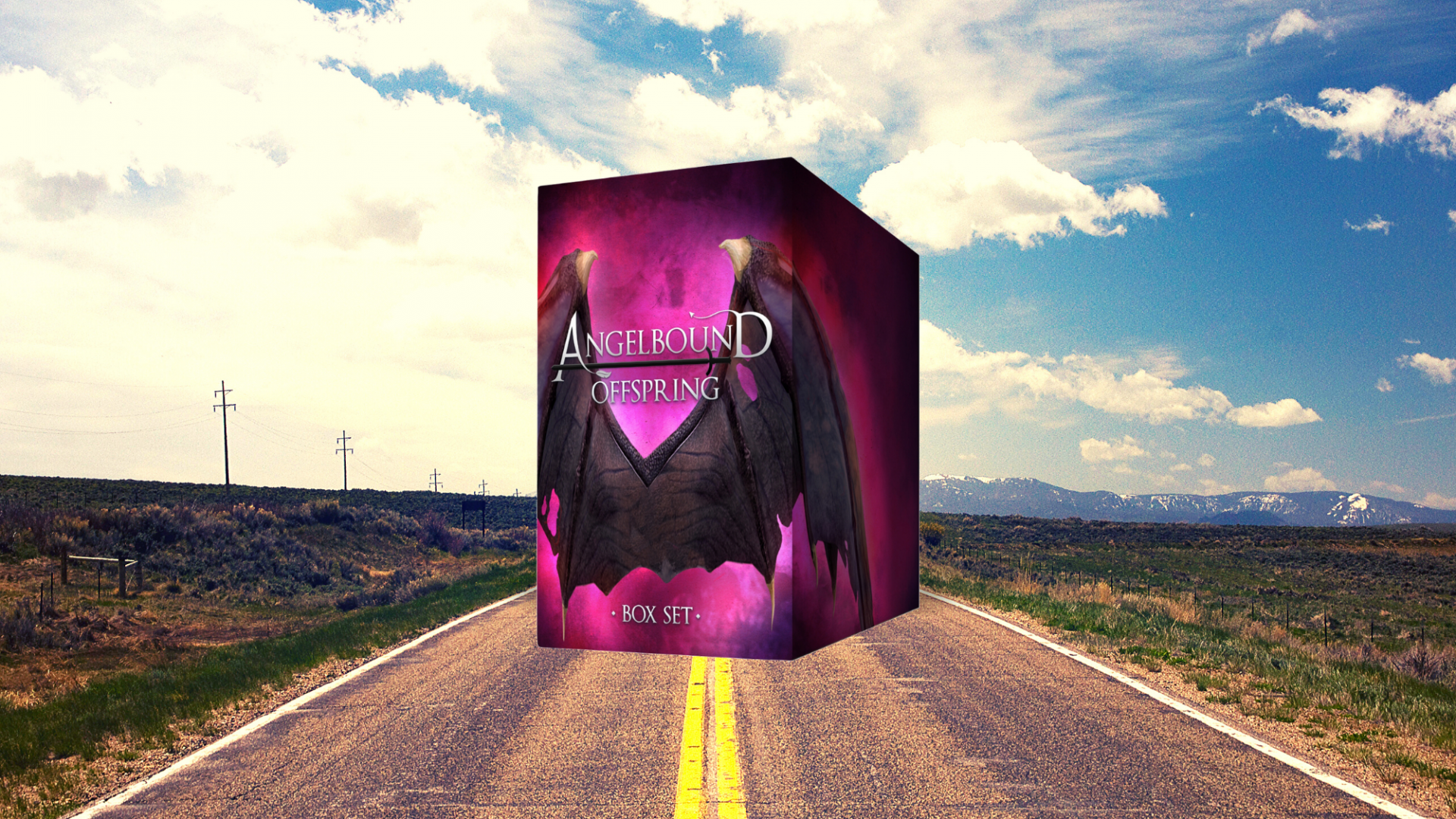 RHODES tells the epic conclusion to the story of the lovers and dragon shifters, Rhodes and Zinnia. Need to catch up on some or all of the books before RHODES? Great news! There’s now a box set of all three previous titles at one low bundled price because that’s how I roll…

Elementals, dragons, and romance … oh my! All three books of the popular Angelbound Origins series are now in one ebook collection!

MAXON (Book 1)
Prince Maxon may be twenty-two years old now, but he’s still haunted by his boyhood abduction and torture in Hell. To deal with his past, Maxon limits his present-day activities to killing demons and seducing women. No long-term relationships. No combat too dangerous. No problem, right? Wrong. Maxon’s about to find out the true meaning of love and sacrifice, thanks to a lovely warrior named Lianna.

PORTIA (Book 2)
Princess Portia is one of the Marked: someday she’ll transform into a dreaded Void demon. To fight this horrible fate, Portia’s spent her life in libraries, learning magic that might break the dark demonic spell. But when the Void threaten to destroy all of the after-realms—and the handsome dragon Emperor Tempest offers his help—then Portia realizes that she may actually be marked for far more than a demon.

Fate is calling the bookworm princess onto the battlefield, and it’s a fight against both demonic enemies and her own heart’s desires.

ZINNIA (Book 3)
As the last dragon shifter, I live alone, hiding in one of Earth’s sacred deserts. My human handlers tell me that I have no parents, no name, and no purpose other than to train for battle and one day become a vessel for the reincarnation of Chimera, the greatest dragon shifter of all. Sadly, Chimera’s rebirth will mean my own death. But my handlers say this sacrifice is a noble fate that will rebuild the dragon shifter world.

I shall die on my seventeenth birthday. That’s five days from now.

Then I hear music thumping across the desert. I take my mortal form, follow the sound, and find humans dancing in what they call a rave. There is a stage and a rock band. One thing quickly becomes clear: Unlike the audience, the musicians are dragon shifters, just like me. And one of them, the guitar player Rhodes, makes my knees turn watery. The lead singer, Kaps, has something strangely familiar about her.

It all adds up to one conclusion: My handlers lied to me. I’m not the last of my kind. Memories reappear. I had parents once. Portia and Tempest. I even had a name. Zinnia. Perhaps I have a reason to live as well. I step past the dancing humans to confront the players.

I will find out the full truth, no matter what.

“I loved the romance in this novel … Plus, the action scenes and powers/abilities were truly epic!” – The Not So Public Library