After being raised by the meanest fairies in the history of ever, Bryar Rose is now free to live her own life. For the first time, she’s attending West Lake Prep, a regular high school. Well, mostly regular. Some students are actually hidden members of the Magicorum. In other words, they’re really wizards, fairies, or shifters. Bry doesn’t mind, though. She’s thrilled to enjoy all the new experiences of being around normal kids her age, from locker pranks to lunchtime mystery meat. Everything is going along great, except for one thing.

Bry’s dreams about the pyramids of Egypt have gotten darker and more sinister. Every night, she sees her new man Knox and her best friend Elle in danger.

With no other choice, Bry plans to leave school to explore the pyramids on her own. But her new man Knox discovers the scheme and is having none of it. He wants to stay by her side, no matter what. It’s a good thing too, because Bry must solve the mystery of her attraction to the pyramids and soon. Otherwise, it could cost the lives of those she loves most.

And that means not only Knox, but also her best friend Elle.

Check Out: Quotes from the book / Reviews / Series Videos 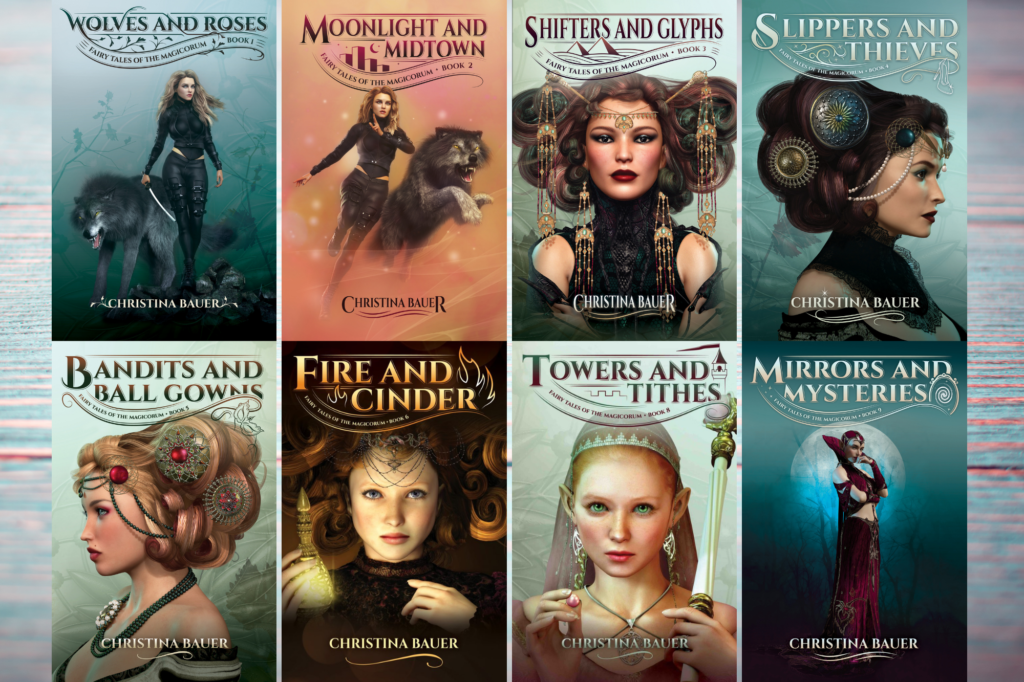 Get a FREE copy of Christina’s novella, BEVERLY HILLS VAMPIRE, when you sign up for her personal newsletter: https://tinyurl.com/bauersbooks ***Not available in stores***