The Angelbound Lincoln series shares the adventures of the Angelbound Origins from the unique point of view of Prince Lincoln. In each book, you get the Prince’s perspective on things you’ve already seen … as well as an all-new part of the story! 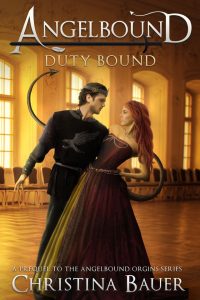 As the High Prince of the demon-fighting thrax, Lincoln knows he must marry for political gain. Not that he minds. For all of his eighteen years, Lincoln’s been bound to his duty. Fighting demons is his life, and he’s never given romance a second thought. Instead, the High Prince lives for the days when he leaves his hidden realm to fight demons on Earth.

Everything changes when Lincoln and his nobles become forced to visit Purgatory, the home of quasi-demons (who are mostly human with a bit of demonic DNA). Here Lincoln spies Myla Lewis, a lady warrior who enflames his heart, ignites his interest, and inspires his respect. Trouble is, Myla’s also a quasi. By thrax law, Lincoln must kill anything demonic—not date them. For the first time in his life, Lincoln wonders if he’ll follow his duty…or heed the demands of his heart.

When it comes to fighting demons, Prince Lincoln is the greatest warrior in the history of his people, the thrax. Now Lincoln faces his hardest fight yet…and it’s not on a traditional battlefield.

Lincoln is falling in love. And the girl is part demon.

Between a fated dance at the Ryder mansion…a life-changing walk through a hedgerow maze…and a massive battle with none other than the King of Hell…Lincoln realizes that he wants to share his life with Myla Lewis, the part-demon girl who has captured his heart.

However, an evil thrax noble—the powerful Earl of Acca—is prepared to do anything to stop Lincoln and Myla from having a future. But Lincoln won’t give up on his Myla. Ever. 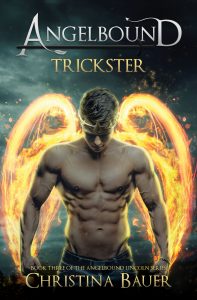 ***A hilarious adventure after the events of Angelbound SCALA … and it’s all from Prince Lincoln’s point of view!!!***

With the drama of the Soul Towers and Lucifer’s Orb behind them, Myla and Lincoln look forward to sharing some quality time. Perhaps they’ll even do a ‘regular couple thingie’ like a dinner date. Or they could kill more demons together. Lincoln isn’t picky.

Then a trickster gets released inside Antrum’s secure borders. And by trickster, we’re talking a giant orange monkey with magical powers and a love of causing drama with uptight thrax.