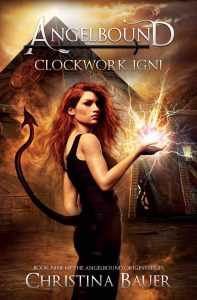 Angelbound Offspring
The next generation takes on Heaven, Hell, and everything in between
1. Maxon
2. Portia
3. Zinnia
4. Rhodes
5. Kaps
6. Mack
7. Huntress