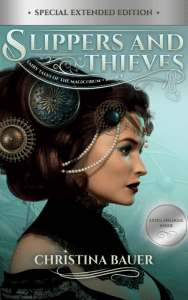 FAIRY TALES OF THE MAGICORUM
1. Wolves And Roses
2. Moonlight And Midtown
3. Shifters And Glyphs
4. Slippers And Thieves
5. Bandits And Ball Gowns
6. Fairies and Frosting