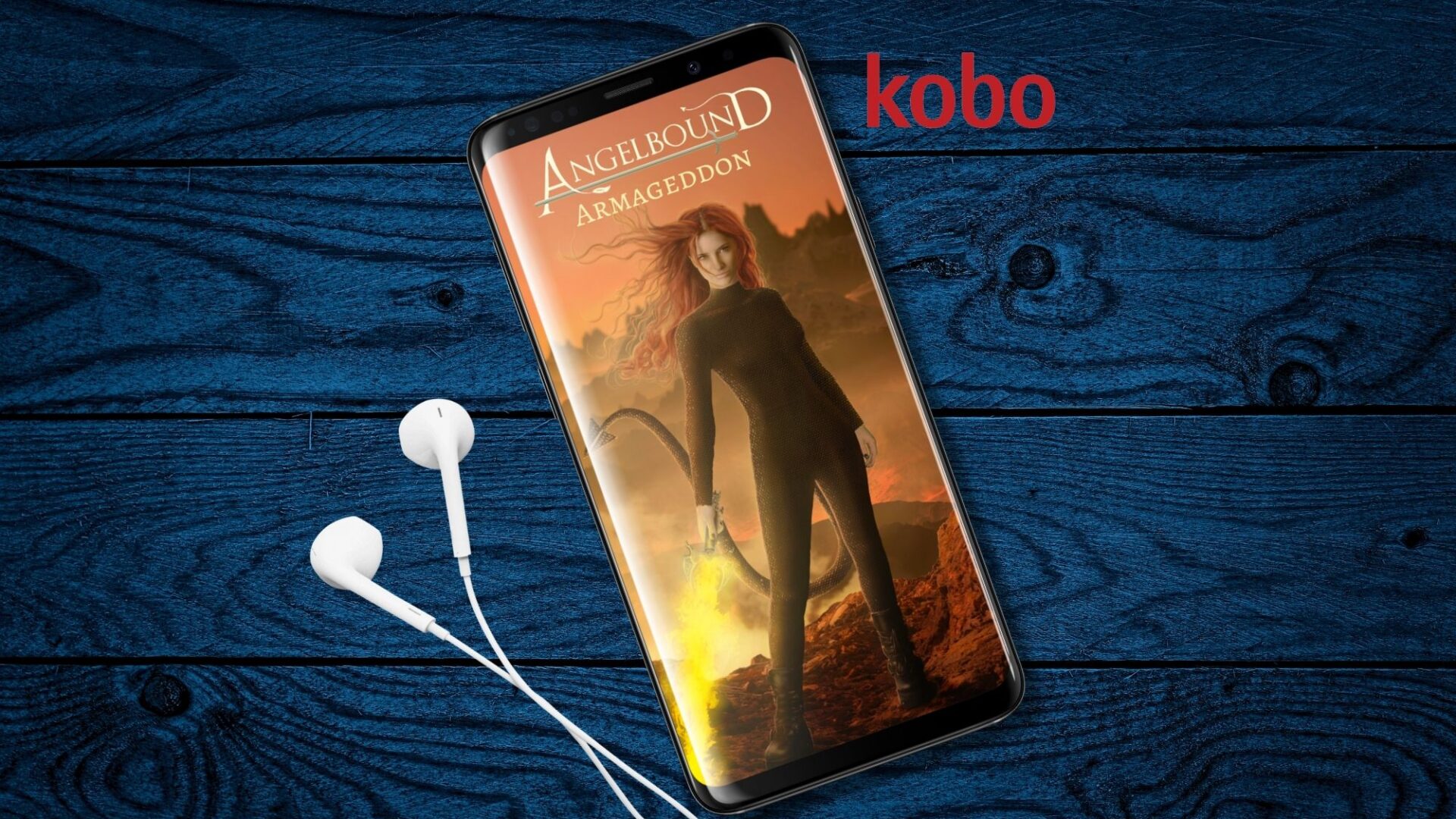 Great news! My latest audiobook, ARMAGEDDON (Angelbound Origins #7), is now live on the global retailer, Kobo! As always, I wrote the book, I read the book, and I do tons of voices because VOICES ARE THE BEST.

You may wonder… why not launch on other retailers? I’ll tell you, dear listener: Kobo’s ahead of the curve on reviewing and posting content. Other folks (esp. Audible) always take longer. That said, I’ll send more alerts when other retailers go live as well, such as Audible, Apple, GooglePlay, and Barnes & Noble.

Overall, I’m incredibly excited to share this with you. Some of my best voices are in this!

Years have passed since Myla Lewis last fought gladiator-style in Purgatory’s Arena. Now, she’s fighting again, only this time in Hell. And the stakes have never been higher. The demon King of Hell, Armageddon, has kidnapped Myla and Lincoln’s young son, Maxon.

In the wake of Maxon’s abduction, all the after-realms are calling for war, and no one shouts louder than Lincoln. Myla knows that a war against Hell will cost millions of lives, so she devises her own plan, involving a small attack team and a secret entrance to Hell. Will Myla save Maxon, or will her child–and all the after-realms–fall to Armageddon?