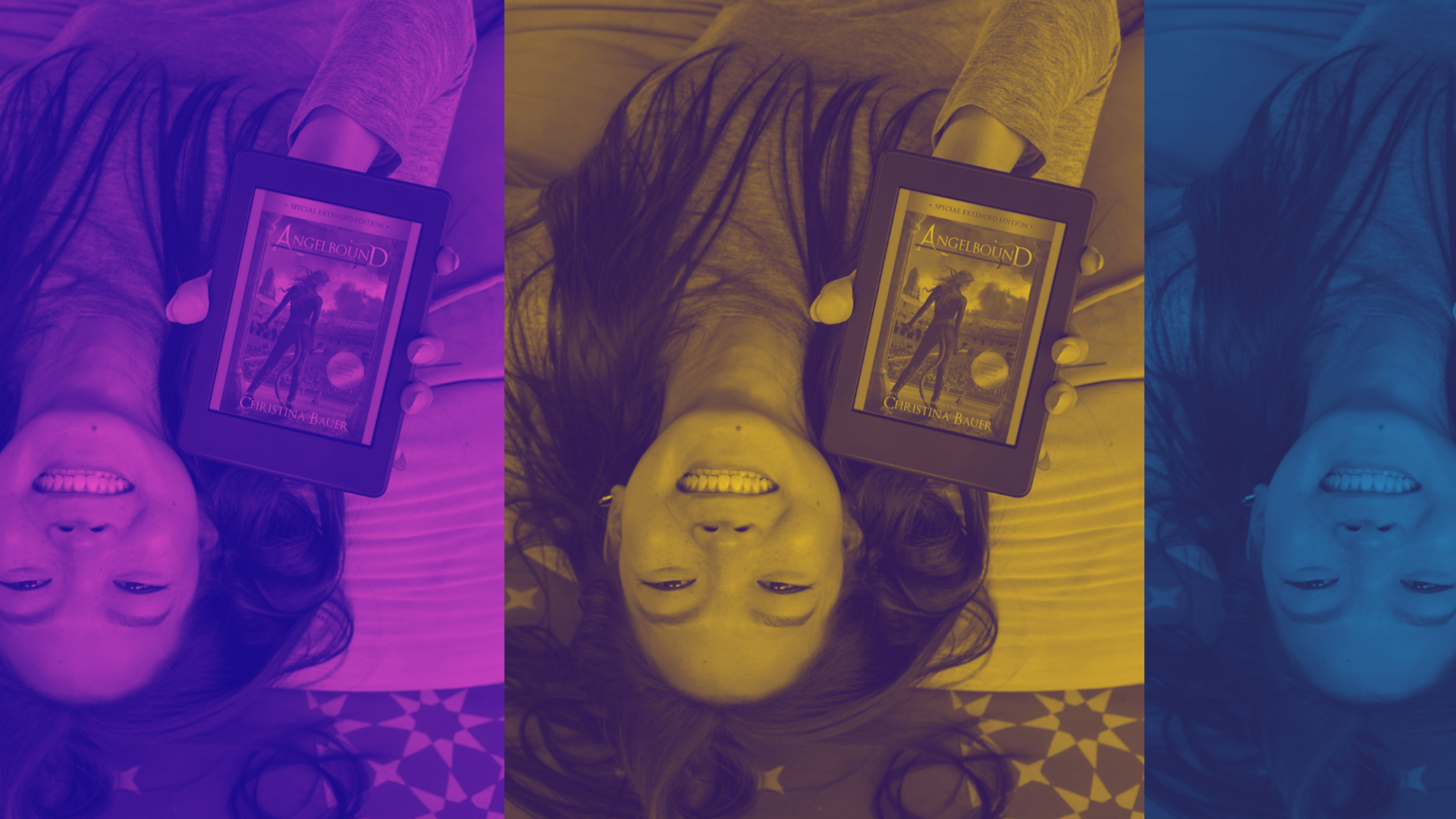 Extended edition: As part of changing the distribution partner for my books, I had to create seven new product codes (what are called ISBNs) and that meant creating new content (what is called a pain in the ass.) The epilogue for Angelbound (Origins Book 1) ended up being 20,000 words and I never really rejoiced that it got done. Mostly because I did seven of these at the same time. Eep.

So this week, I’m celebrating! I’ll be launching a daily quote from the book and whatever other stuff I can think of.

Eighteen-year-old Myla Lewis is a girl who loves two things: kicking ass and kicking ass. She’s not your every day quasi-demon, part-demon and part-human, girl.

For the past five years, Myla has lived for the days she gets to fight in Purgatory’s arena. When souls want a trial by combat for their right to enter Heaven or Hell, they go up against her, and she hasn’t lost a battle yet. But as she starts her senior year at Purgatory High, the arena fights aren’t enough to keep her spirits up anymore. When the demons start to act weird, even for demons, and the King of the Demons, Armageddon, shows up at Myla’s school, she knows that things are changing and it’s not looking good for the quasi-demons.

Myla starts to question everything, and doesn’t like the answers she finds.

What happened seventeen years ago that turned the quasi-demons into slave labor? Why was her mom always so sad? And why won’t anyone tell her who her father is? Things heat up when Myla meets Lincoln, the High Prince of the Thrax, a super sexy part-human and part-angel demon hunter. But what’s a quasi-demon girl to do when she falls for a demon hunter? It’s a good thing that Myla’s not afraid of breaking a few rules. With a love worth fighting for, Myla’s going to shake up Purgatory.

“This book is so wonderful. It’s filled with action, mystery, and a forbidden romance. Who doesn’t love that?” – Angelic Book Reviews