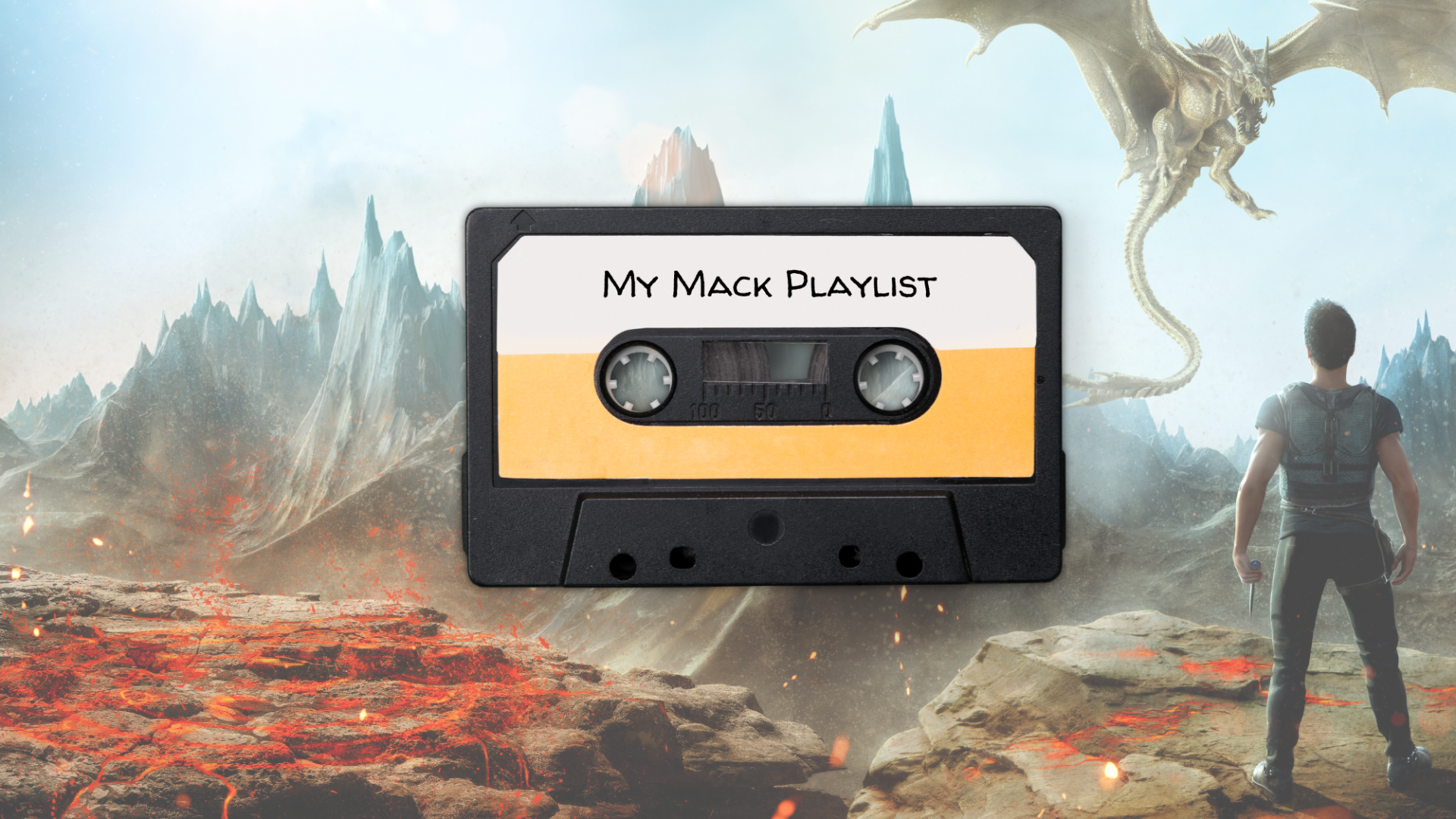 To celebrate the launch of my latest book, MACK, here’s some of the music I obsessed over while writing it…

This song is featured in one of Mack’s dreams early in the book. Honestly, I don’t know how I pulled this one out of my butt. I swear, I haven’t thought of it in years. In terms of the story, I think this tune helps to set a light and funny tone. You can’t take yourself too seriously as a writer while listening to Kung Fu Fighting.

Burning Down the House

This is a remake with Tom Jones and the Cardigans. MACK includes multiples scenes with fire-breathing dragons, so this is what I listened to while writing those battles.

That’s Not My Name

The character of Kaps is misunderstood my many folks in this book… except for Mack. For me, this tune by the Ting Tings really captures Kaps attitude toward it all.

This over-the-top emo song inspired me while writing the parts where Mack and Kaps weren’t sure if they’d stay together. Plus, it always makes me smile.

Right Back Where Started From

This is what I’d play while crafting the HEA!