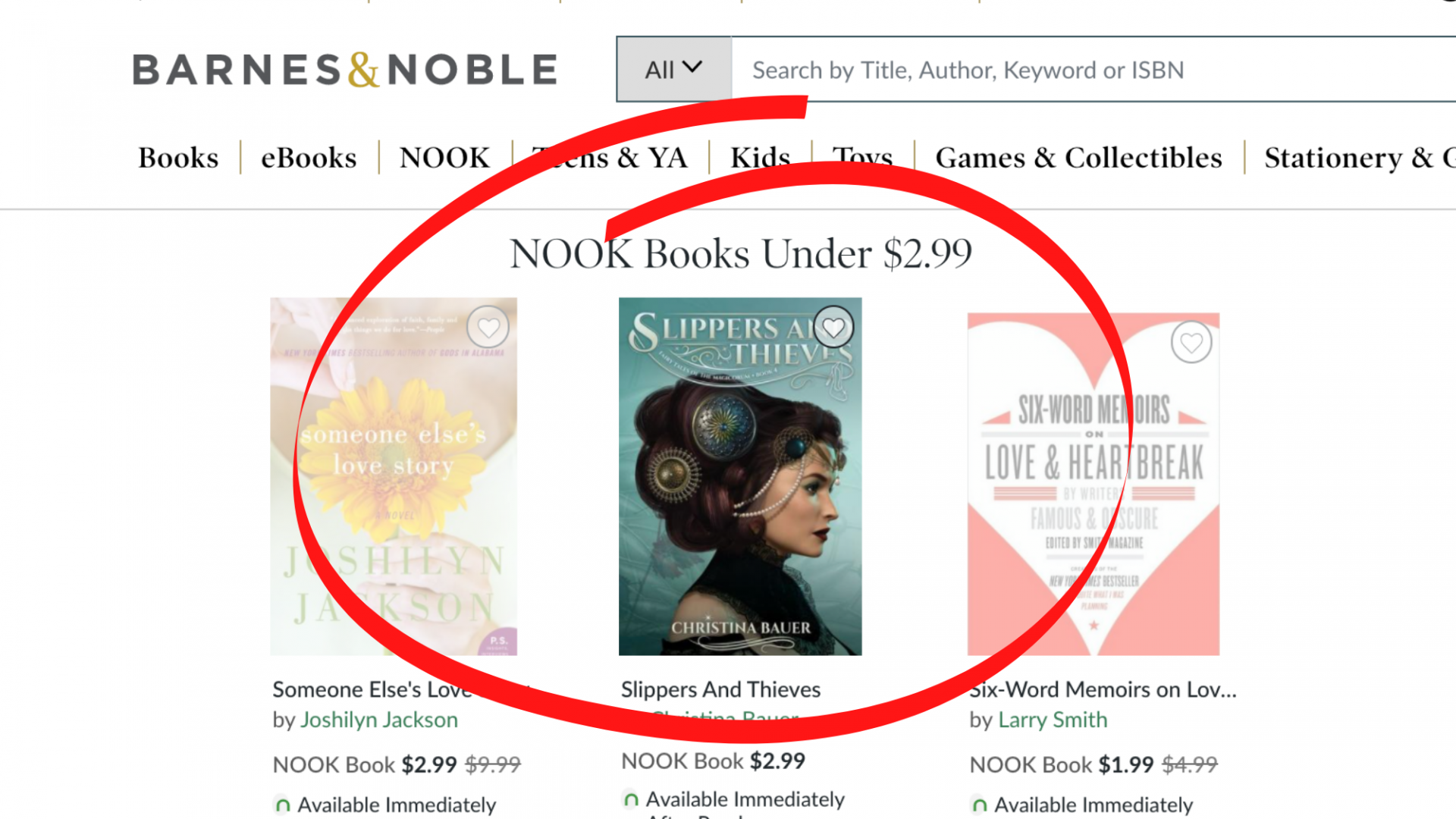 So thankful for all the support from Barnes & Noble – my title, SLIPPERS AND THIEVES, is one of select group that’s highlighted on the web site at $2.99 or less! About SLIPPERS AND THIEVES

“The best retelling of Cinderella!” – Brandi, Amazon
“Above and beyond all other books in this series!” – Linniland
“This Cinderella version is by far the best. I was at the edge of my seat!” – Booprican
“Best of the series and oh, so romantic!” – CS, Amazon