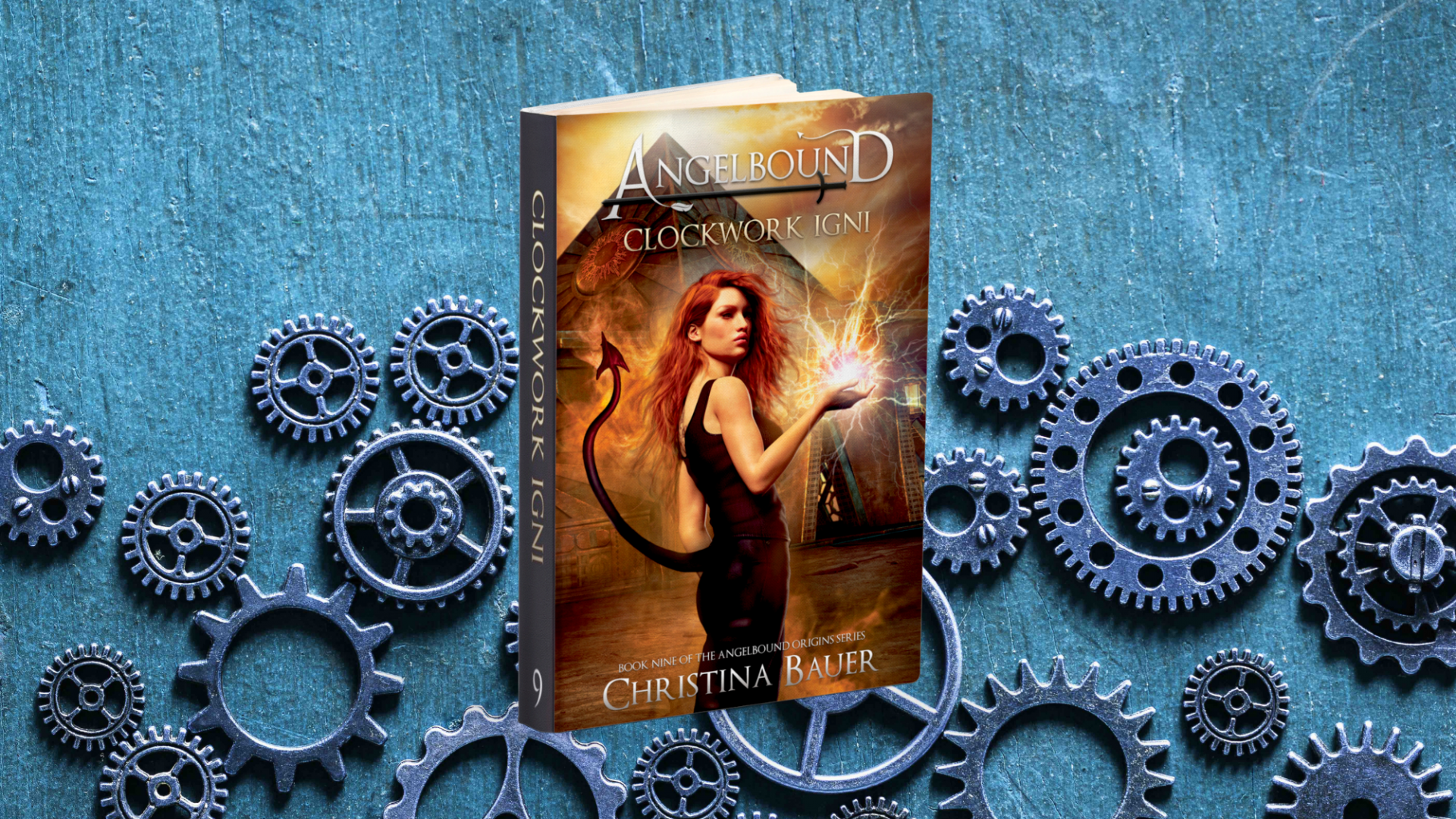 It’s here — the cover for CLOCKWORK IGNI, book #9 in the Angelbound Origins series!

This novel represents a new era for Myla Lewis in two ways. First, I’m launching a new look for Myla in particular and the series in general. Second, there’s also a new narrative thread.

In CLOCKWORK IGNI, Myla opens Pandora’s Door and releases a whole host of “big bads” that she must fight in future books. The next evildoer who gets rowdy is Lady Reaper (Book 10)–she’s the Grim Reaper, a chick, and wants to kick Myla out of her ghost management gig. And the stories go on from there, from a league of spectral pirates to a Wild West version of Purgatory. Fun times ahead!

Check out the description and cover below…