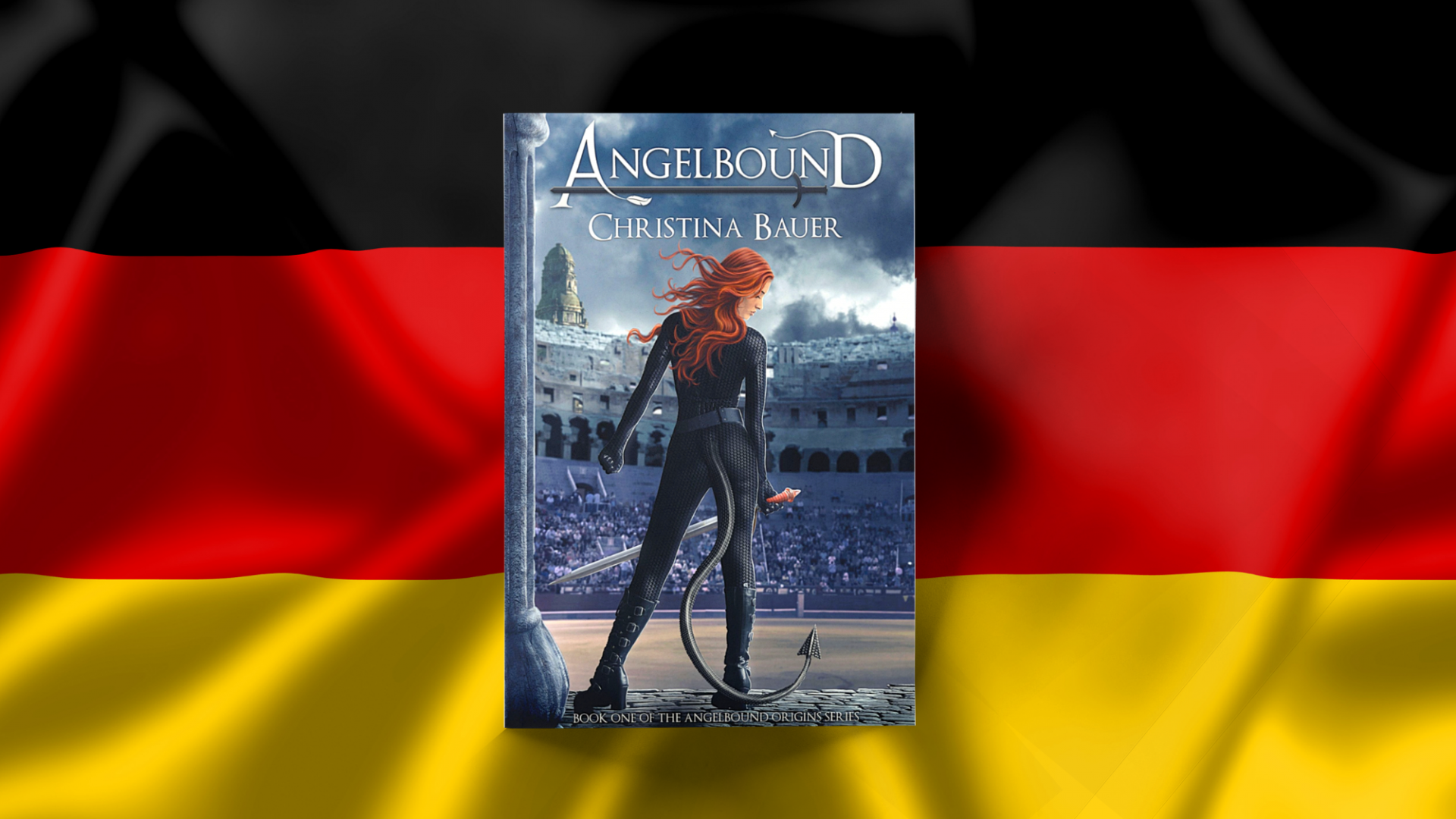 Angelbound for German readers will be here in June, 2021!

According to Logical Me, I’m doing this because I already get solid sales for my English titles in Germany, so I thought it might be good to move my work into their native language.

And that’s accurate. Sort of.

But it’s not all the truth, because there’s also Entrepreneur Me. She reads and researches a particular topic, then goes out and starts trying stuff. Basically, I get a vibe that there’s growth to be had… and then I go and make mistakes, learn last, and keep going. It’s not a logical skill, and without my old day job I’d never have developed it.

I’m now full-time writer. That’s pretty recent, though. For most of my career, I specialized in early-stage high tech marketing. I worked both directly for Microsoft–and as a partner of theirs–for more than twenty years. In the company’s early days, there was an unshakable belief in the value of failure. As Microsoft CEO Steve Ballmer used to say, “We keep coming and coming and coming.” The idea was that you don’t succeed the first time and that’s how life works. He’d also jump around a lot while yelling this idea at top volume, which is something to see if you haven’t already.

So Entrepreneur Me thinks I can make money by translating into different languages.

I also have the very hippy dippy idea that by telling stories about strong women, I can help change the world for the better. What can I say? I’m a child of the sixties. Just earning money isn’t all that interesting on its own. Sometimes I wish hyper-capitalism could be all-enthralling to me–folks who are solely coin operated seem to have a more zen-like outlook in some ways. But that’s just not me. I don’t feel like I’m really living my life if I’m doing the equivalent of merely hoarding bright shiny objects. Human beings have the rare capacity to love and help others. Pursuing that goal has value separate from monetary success.

Anyway, that’s my story and I’m sticking to it.

More details to follow as the launch deadline approacheth 🙂